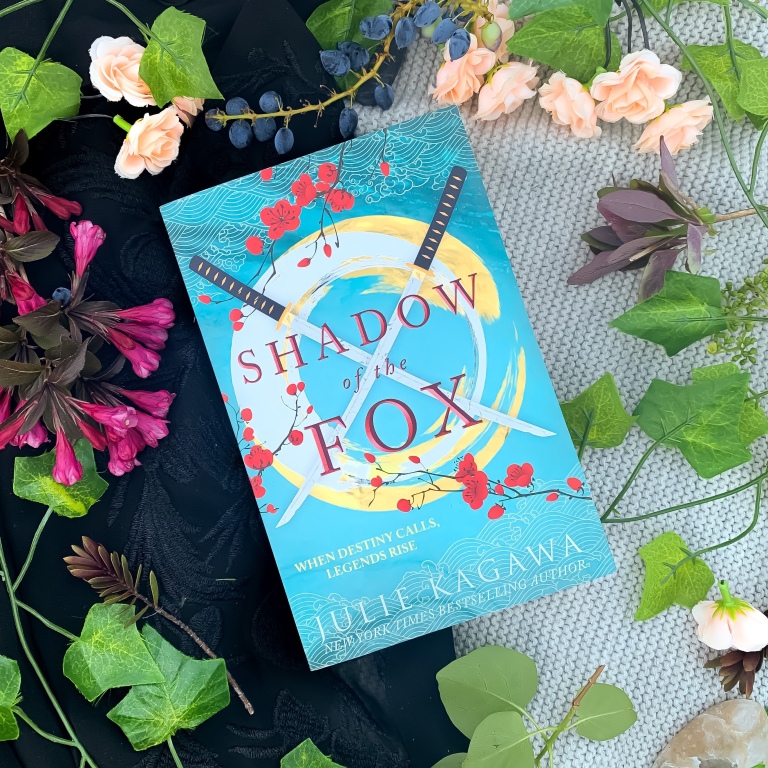 Every millennium the missing pieces of the Scroll of a Thousand Prayers are hunted, for they hold the power to call the great Kami Dragon from the sea and ask for any one wish.

As a temple burns to the ground Yumeko escapes with its greatest treasure – the first piece of the scroll. And when fate thrusts her into the path of a mysterious samurai she knows he seeks what she has. Kage is under order to kill those who stand in his way but will he be able to complete his mission? Will this be the dawn that sees the dragon wake?

I found this a little difficult to get into, it was a little slow to start and that took a little to get my head around the Japanese cultural references.

I am a massive fan of Julie’s Talon series so was excited to read this one too. I felt a little disconnected between who was narrating each chapter as it starts with one character Suki and then changes to alternate between a young half-Kitsune (fox) woman Yumeko and Kage Tatsumi, the wielder of a demon-posessed sword Kamigoroshi.

Once you get over the slow start, things start to click into place. The world building in this story is lovely, so descriptive and it feels like you are there at times.

I like the relationship between Yumeko and Tatsumi, both bound by a duty and both discovering aspects of their lives they have been missing. For Yumeko it’s discovering the world outside of the temple and fulfilling her masters last request and for Tatsumi it’s the realisation that he’s beginning to care for others and have the knowledge that they care for him too. The issue with Tatsumi is that he cannot show these emotions otherwise he opens himself up to the demon in his sword, Hakaimono.

Overall I did enjoy this book, I am fortunate enough to have the second one from Netgalley early to get stuck into. That being said, if you’re looking for a magic story filled with Kitsune, Magic, Samurai, Ronin, Royalty, Demons, Blood Mage’s and Magic swords, you can’t go wrong here!