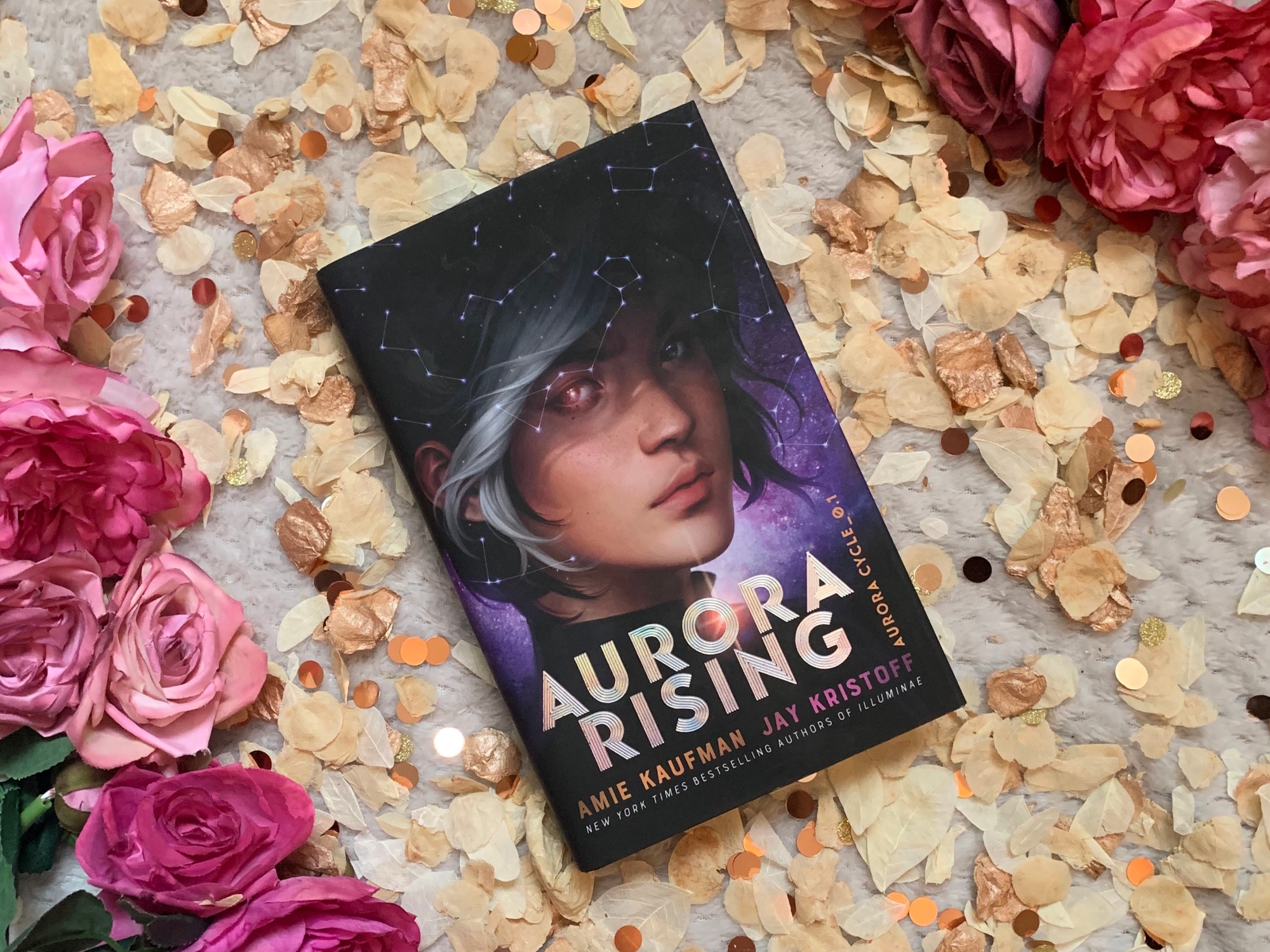 This book deserves more than 5 stars. It is AMAZING.

The year is 2380, and the graduating cadets of Aurora Academy are being assigned their first missions. Star pupil Tyler Jones is ready to recruit the squad of his dreams, but his own boneheaded heroism sees him stuck with the dregs nobody else in the Academy would touch:

A cocky diplomat with a black belt in sarcasm
A sociopath scientist with a fondness for shooting her bunkmates
A smart-ass tech-whiz with the galaxy’s biggest chip on his shoulder
An alien warrior with anger management issues
A tomboy pilot who’s totally not into him, in case you were wondering

And Ty’s squad isn’t even his biggest problem that’d be Aurora Jie-Lin O’Malley, the girl he’s just rescued from interdimensional space. Trapped in cryo-sleep for two centuries, Auri is a girl out of time and out of her depth. But she could be the catalyst that starts a war millions of years in the making, and Tyler’s squad of losers, discipline-cases and misfits might just be the last hope for the entire galaxy.

To say this book is amazing, doesn’t do it any justice. It’s just epic.   I love Amie and Jay’s writing styles and this is yet another installment of excellence from the duo. After Illuminae, comes Aurora and buckle up folks, it’s quiet the ride.

It’s a multi-narrator book where we meet our Alpha Tyler Jones who is in a bit of a pickle. Tyler heads out in a shuttle to let off some steam as he’s worried about the draft in the morning where he will get to choose his squad. While out on his little jolly, he receives a distress call from a ship called the Hadfield – his duty is to assist, and so he does.   On this ship he finds all the inhabitants in their cryo pods have died, all bar one – a young woman called Aurora. Tyler attempts to rescue her despite his suit being damaged and he risks drowning and gets her back to the academy.   Upon his return, he finds he has missed the draft and his choices for his squad. Luckily for him though, his twin and best friend stuck by him and he inherits the quirky leftovers that no other squad wanted.

They are a strange team but Tyler wants to make it work and he wants to find out more about this mystery girl. It seems there’s more to Aurora than meets the eye and Tyler gets assigned a mission which will be the most important mission of his life, he just doesn’t know it yet.

I love the multi-narrative, it lends an insight into each of the different characters from Tyler, Aurora, Scarlett, Kal (swoon),Cat, Fin and Zila. I love Kal and Scarlett. Fin is great comic relief and his witty banter helps to lighten the mood throughout the story. Zila is quirky and I love her analytical and dry personality. Tyler is obviously a charmer as is his twin. Cat threw me a few times and I didn’t know where her allegiance was but she’s a good one.

This book is an orchestra in space, there’s heroes and villains. Powers, aliens, fighting, love and fate – all rolled up in one beautiful package. I’m glad I waited a bit to read it so I can now dive straight into book 2.   This is not a book to pass up, if you haven’t read it. Get on it!